How can service processes become more digital and transparent? 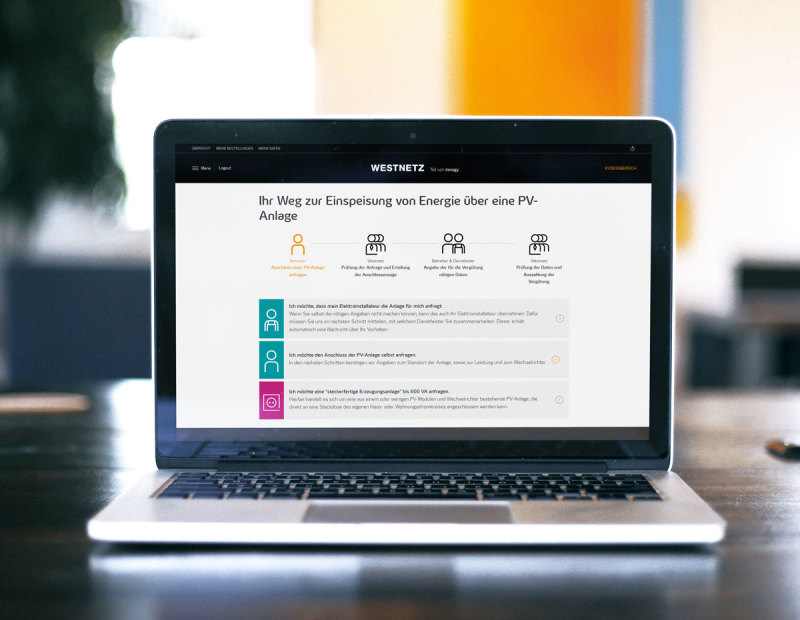 What was the goal?

Service processes, some of which were based on paper forms, had to be digitized. This concerned, for example, the application for the connection of photovoltaic systems and reached as far as the indication of the investment data for the electricity generating remuneration in the personal customer area. The automation and acceleration of processes were aiming to also increase customer and service orientation.

What did we do?

In a preliminary project, we had already laid the foundations for a uniform customer interface together with representatives of various departments of Westnetz. We had analyzed the as-is processes and defined the to-be processes in Service Blueprints. In interviews, we had learned about the core target groups and developed an understanding of their needs.
Now it was necessary to analyze, describe and prioritize use cases and business cases in all relevant service processes together with representatives of the relevant departments. On this basis, we have iteratively developed the concept and design for service portals for electricity generators and installers, which will make it possible in the future to digitally map as many steps as possible in a simple and transparent way. We have created prototypes that have been validated multiple times with potential users to ensure intuitive usability. The optimized prototypes then served as the basis for the conversion into the final product.
During the agile implementation, we accompanied and advised the implementation team to ensure the transfer of knowledge from conception and design and to answer open questions. 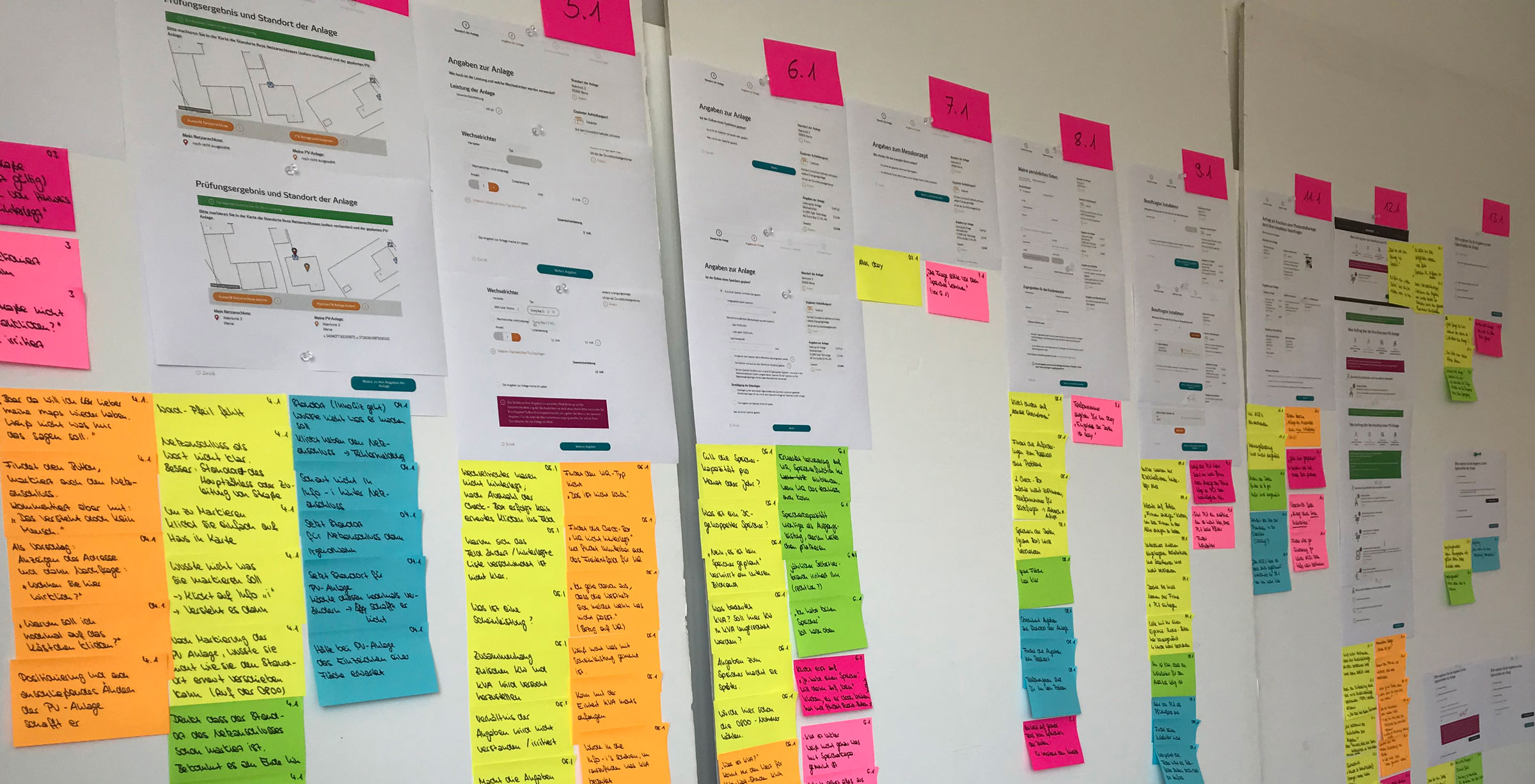 What was the result?

The uniform customer interface of Westnetz has been supplemented with the service portals for feeders and installers. The better interlocking and acceleration of service processes between connection customers, generators, installers and Westnetz was thus driven forward. As a result, transparency will be increased for all parties involved.

by Claudia Steinhoff
Digital Experience Design
←
back to the overview